How will the Spring Budget affect the Construction Industry?

Yesterday (Wednesday 8th April 2017) Chancellor Philip Hammond delivered his first Spring Budget speech to Parliament. With Britain due to leave the single market and a lot of uncertainty surrounding our proposed ‘Brexit’ this speech was going to be very closely watched. As suppliers to the construction industry we have decided to outline some of the key points within this budget that could make changes to the construction industry as a whole…

The main National Insurance contribution rate paid by the self-employed will rise in the next few years. It will increase from its current level of 9% to 10% in April 2018, and then to 11% in April 2019 for those earning over £8,060.

The chancellor said this brought more fairness between the self-employed and the employed.

A new ‘T-Level’ system, which will totally change how technical education is taught, aims to put the courses on a level playing field with academic work and improve Great Britain’s levels of productivity, which currently lag behind the USA and Germany.

The plans announced in the budget will increase the amount of hours students train by 50% and replace the 13,000 qualifications that currently exist with just 15, this should help remove confusion for students and give more meaningful qualifications and training. The 15 new courses will include construction, engineering and manufacturing amongst others. Extra funding of £500m a year will pay for the new system, according to the government.

The chancellor has said “we have to find a better way” to calculate business rates and promises a review in the not too distant future.

For the time being he has pledged:

A View from the Federation Of Master Builders 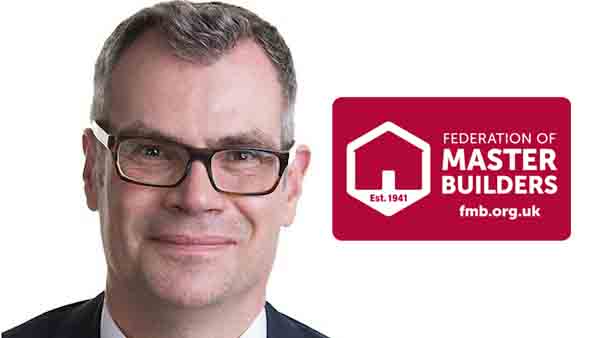 Brian Berry, chief executive of the Federation of Master Builders, said: “The chancellor clearly understands that the UK won’t address the productivity challenge unless we rethink our approach to technical and vocational education. T-Levels could be the answer if they genuinely rival A-Levels in the eyes of parents, teachers and young people. UK society as a whole has been guilty of putting too much emphasis on the academic route – this has made it more difficult for vital sectors like construction and house building to attract the talented people we need. This £500m funding announced today for T-Levels is therefore a welcome and much-needed boost.

“Today’s budget was an all-round strong performance from the chancellor and he had good news to report right across the piece. However, increasing tax on the self-employed is not helpful. If we want to establish a resilient, Brexit-proof economy, we must encourage and support our current and future entrepreneurs in the construction industry and beyond. A jump in National Insurance Contributions by 1% to 10% next year could send the wrong message to those individuals who are considering going it alone. The self-employed are the backbone of our economy and the government should tread carefully here.”

In conclusion there’s some helpful proposals being made and it will be very interesting to see how the ‘T-Levels’ are received by students and industry. One thing I cannot quite get my head around however is the increase in national insurance contributions for the self-employed. Surely this will reduce the amount of people who want to go out a set up their own companies and see a reduction in jobs being created? I guess we’ll just have to wait and see.

Mr Hammond had previously revealed plans in the Budget last week to increase contributions. The move was heavily criticised for a breaking a manifesto pledge the Conservative Government had made in 2015.

The chancellor said he had made the decision to drop the changes “in the light of the debate of the last few days”, the Guardian reported.
The move was aimed at addressing the fact that employees were taxed more heavily than the self-employed, Mr Hammond had said.

In his letter to MPs, the chancellor said he would continue with the plan to abolish class 2 national insurance contributions from April next year.

Any cookies that may not be particularly necessary for the website to function and is used specifically to collect user personal data via analytics, ads, other embedded contents are termed as non-necessary cookies. It is mandatory to procure user consent prior to running these cookies on your website.

Read More for a full list of what information we store.