Yes, I’m talking to you, Ramsay! The Great Gordon Ramsay is certainly an excellent example to highlight this week’s Toolbox Talk on acceptable language at work. He uses the ‘F-word’ like punctuation, peppering (if you pardon the cooking-related pun) every sentence with choice expletives. We only have to turn on the TV to notice how much of an everyday language swearing has become but we really need to be aware of the language we use and the effect that it can have on others. Now, by no means is this blog coming from a place of

preaching and that at CES we only utter ‘goodness gracious and gosh darn it’; believe me, if we had a swear jar, I’m sure it would fund me a nice little holiday! However, this Toolbox talk hopefully will get you to reflect on the language being used in your place of work. If your organisation is aiming to project a friendly and productive working environment in which no one feels threatened, then inappropriate language doesn’t have a place. Such language upsets many people and can call into question the ethics of the person using them. Consider the message behind your words; are they inspiring engagement, commitment and performance or in fact sucking the energy out of the people around you and creating a negative environment? 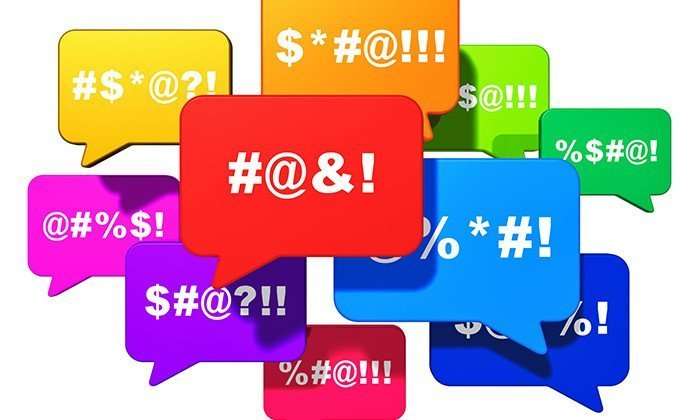 Whether you call it expletives, profanities, colourful language, adult vocab or potty mouth, it’s all the same; inappropriate and disrespectful language. You really must consider those around you when using such choice phrases and using it in environments when you can be heard by others (customers, suppliers, delivery drivers) just doesn’t cut it. Whilst you may think you know your co-workers well enough to give the odd jibe sprinkled with a few ****s, there are many people around that would be offended by this. Certain demographics of people view offensive language very differently; we can sometimes think older generations might get on their high-horse if we use those curse words. In all honesty it can really just depend on how a person is bought up and the familiarity they have with such language, so never assume your bad language will be accepted by someone just due to their age or the industry they work in. Consider how you address people in a professional capacity too. Saying ‘alright love’ or ‘cheers darling’ to the accounts manager over the phone may be 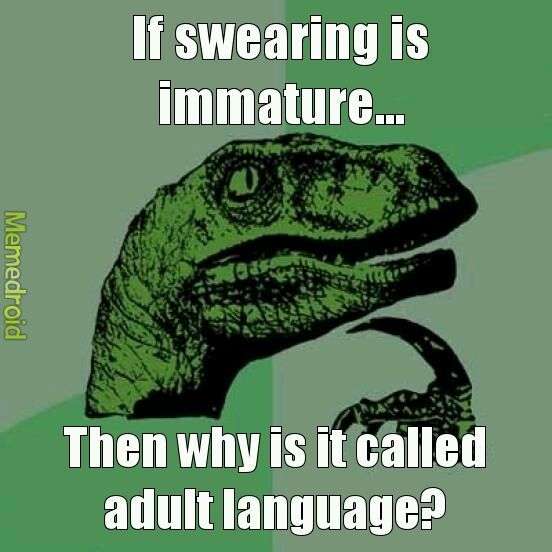 meant in an affectionate manner but is perhaps taken as a more derogatory expression to them. Equally addressing someone with ‘mate; or ‘bruv’ may appear typical language to us but we really don’t know some people well enough to use that phrase. The best thing you can do is use someone’s name which gives a very personal touch, doesn’t get you into any trouble and makes them feel special. In some cases, when you accidently pick up that freshly welded item (true CES story from last week!), you may well be entitled to using a few choice words without any repercussions. However, when swearing is directly targeted at someone as a reaction to conflict or becomes bullying due to intending to discriminate due to race, religion, gender or age, this can lead to warning and dismissal. With stats like the following, it really is best to hold back on the potty mouth;
What employers think of employees using inappropriate language:
64% think less of an employee
57% are less likely to promote an employee
54% deem swearing to make employees less intelligent

A Bit of Bants 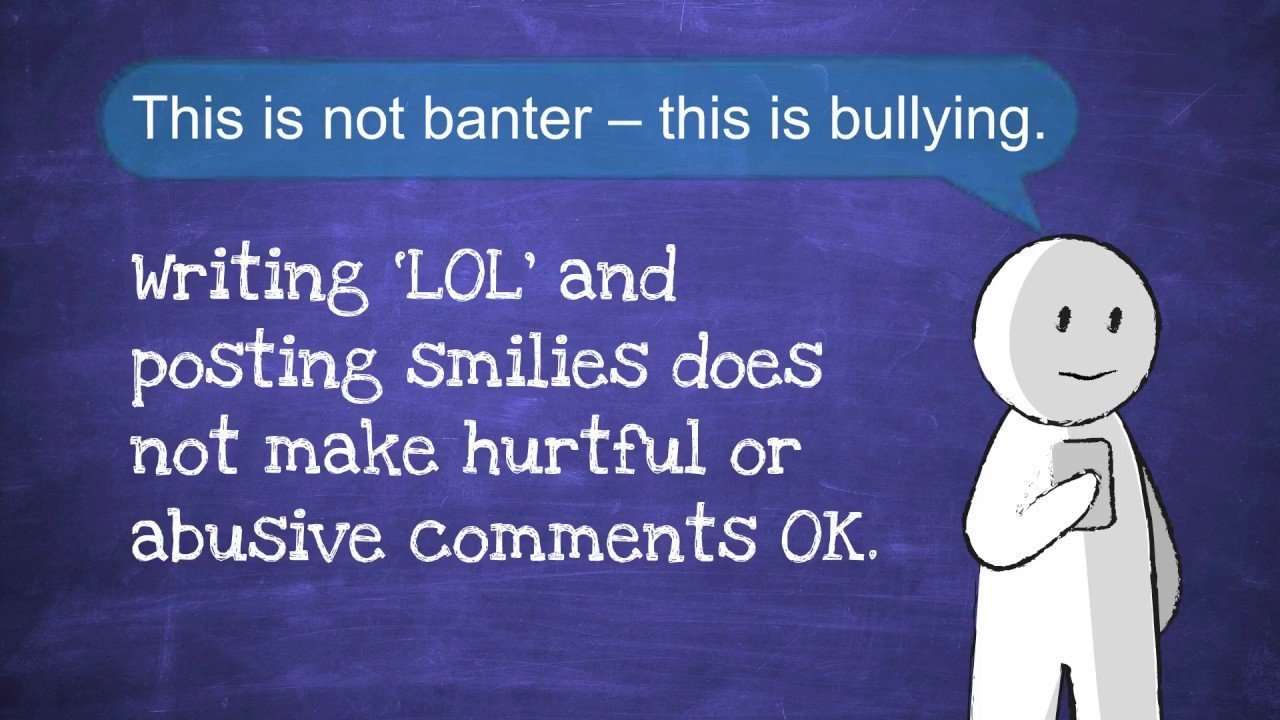 Banter is a very commonly used phrase and when used right, can make a gruelling day of work, a little more bearable. However, when banter is aimed at a personal characteristic and picks out age, gender, race, religion or sexual orientation which leads to exclusion which can have more serious consequences for both parties. Comments made by one individual, can then be picked up and repeated by many others over the course of the day and a fun exchange can suddenly turn to bullying and work can become a very negative place. No one loves the Monday morning off-to-work feeling but imagine really dreading it because you were feeling singled out and bullied but were putting on that brave face and taking it on the chin so as to stay ‘team-player’ and not appear weak. When joking around is taken to far, it really could end badly. Think carefully about how far you take that banter:

In recent years reporters have picked up stories of banter becoming bullying for example in 2015 a female banker was awarded a 3.2 million payout from Sherbank CIB London after so-called banter falsely calling her cocaine-dependent and that she was only hired due to her looks. This ‘banter’ led to a mental breakdown. A more high-profile case, hit the news when England Women’s Football Manager Mark Sampson was sacked due to racial discrimination. Though comments were made with ‘tongue-in-cheek’ attitude and that approach of ‘banter’, it just wasn’t acceptable. One such accusation of racism stems from when Chelsea Ladies Striker Eniola Aluko is said to have told Sampson that her family was flying in from Nigeria to watch her play at Wembley, to which Sampson remarked that he hoped they didn’t bring Ebola back with them. So not only, could your words negatively affect someone’s mental health but it could ultimately have an affect on your career and lead to dismissal. 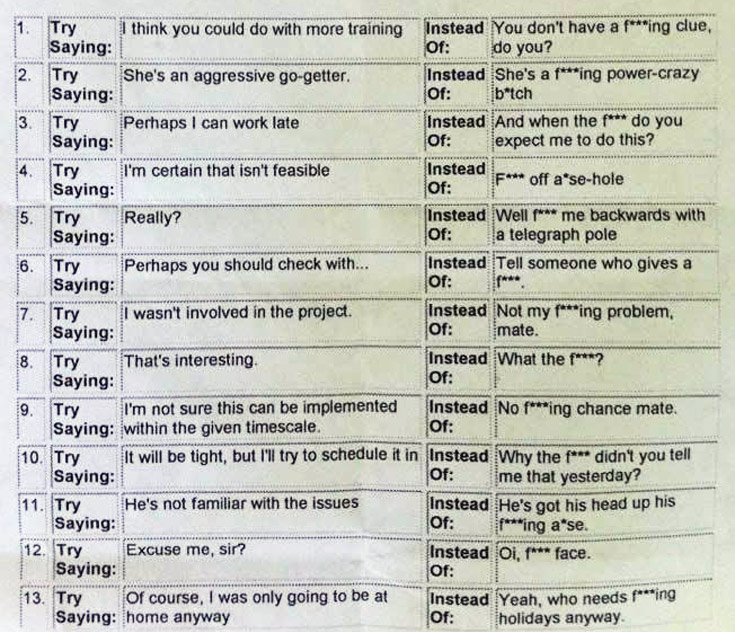 ‘Gosh, Darn it’, is not enough

So why do we use expletives in the work place? Often, we think, we’ll gain respect from our co-workers and use them to fit in, it becomes part of the language of ‘banter’ and camaraderie. Some feel that this language is part of their everyday language and that they use it at home, so why not use it everywhere else. Others feel that it’s the only way they can express a strength of emotion (take a little look at some of the alternative options here to help you back off the ****s). It can become a bit of habit, especially if those around you are using this language frequently; it causes a chain reaction and in fact promotes swearing further.

Bring in the Potty Mouth Pot 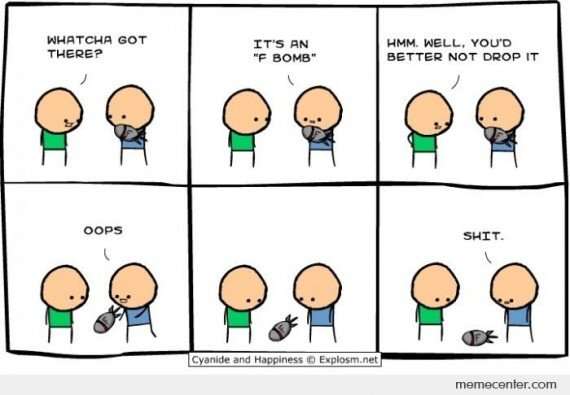 So, why should we bring back the swear jar and become more conscious about the language we are using? First and foremost, fairness, inclusion and respect at work is underpinned by the fact that everyone is treated with respect and consideration and is not intimated by the words and actions of others. Though we may consider our industry is accepting of using colourful language, there is always people in every sector of any community that will feel intimidated when hearing inappropriate language. Offensive language doesn’t necessarily relieve stress and in fact can make it worse as swearing directly at someone can intensify the conflict. The law protects you from harassment when it comes to age, race, religion, gender and sexual orientation and sometimes ‘banter’ can cross into breaking the law and result in disciplinary action. Put yourself in the position of the person receiving the negative comments or ‘banter’ and think about how it 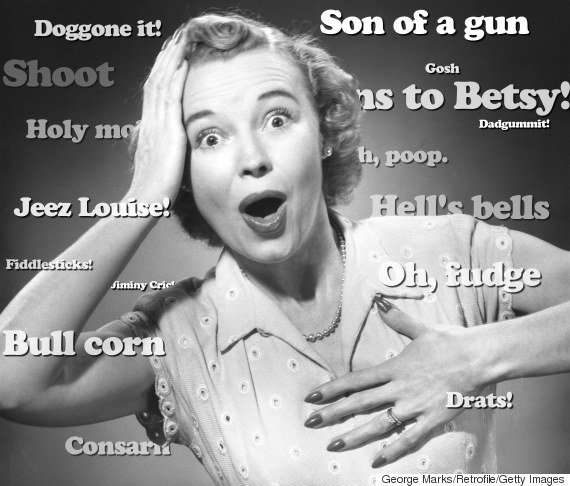 may feel. Young people in particular can be further affected since they are so impressionable. Disrespectful and intimidating language can affect working relationships and looks very unprofessional. It can make customers less likely to return and could cause staff to resign. Suppliers or customers could be offended by the language and see their association with you as having a negative impact on their own business and public image. Remember, in an industry like ours, and many other tight-knit industries where everyone knows everyone, bad news can spread like wildfire and have a particularly detrimental affect on a company and consequently your job. So, ‘son of a gun’ why not bring back some of these ‘gosh, darn-it’ old school curses instead and keep yourself out of the ‘poop’ at work!